A book deal per year to be announced for USC - University of the Sunshine Coast, Queensland, Australia

A book deal per year to be announced for USC

A book publishing company keen to unearth future literary talent has partnered with the University of the Sunshine Coast to do just that.

Harbour Publishing House (of New South Wales) seeks to each year offer one Creative Writing student a book deal in a new collaboration with USC, to be announced as part of the Voices on the Coast youth literature festival (from 18 to 21 July).

Media is invited to the partnership announcement at 10.30am (tomorrow) on Thursday 19 July at USC’s main campus at Sippy Downs room CG49 (Building C, Ground Floor room 49), at the start of the Pathways to Publication through USC Creative Writing session.

“We are all about unearthing the new voices of tomorrow and USC is a hotbed for a great and diverse range of writing,” said publishing house owner Garry Evans.

“Students don’t need to spend 20 years cutting their teeth to be published,” he said. “You could have been writing for 20 years or you could be six months into studying and be published.”

“What we are looking for is the spark that’s in the creator. I want to see a truth in these writers.”

Each year, the University will shortlist six student-written books, manuscripts or proposals for consideration by Harbour Publishing House, which publishes a mix of children’s illustrated books and novels, young adult, teen and adult fiction, and non-fiction.

The successful submissions will need to have a broad commercial appeal, have a fresh voice, and be guided by the editorial expertise in USC’s School of Communication and Creative Industries, Mr Evans said.

“The synergy with USC has been in my head for a while because I saw such a diversity of great work coming out of there,” he said.

Mr Evans has known for some time USC’s Creative Writing academics Professor Gary Crew, who has published several books through Harbour, and looks forward to working with creative writing lecturer Dr Ross Watkins & his students, and Dr Paul Williams who is under contract to publish with them soon.

Head of USC’s School of Communication and Creative Industries Professor Phil Graham said the benefits for students getting involved with a “new wave” publisher of this calibre were enormous.

“Our creative writing students now have access to the forefront of their industry, which is the most important thing for all creative practitioners,” he said.

“Today’s creatives need to be entrepreneurs as well as artists, so getting their work in front of industry is exactly the kind of start they need to their careers. I see initiatives like this being the future of education across the creative industries,” he said.
— Janelle Kirkland 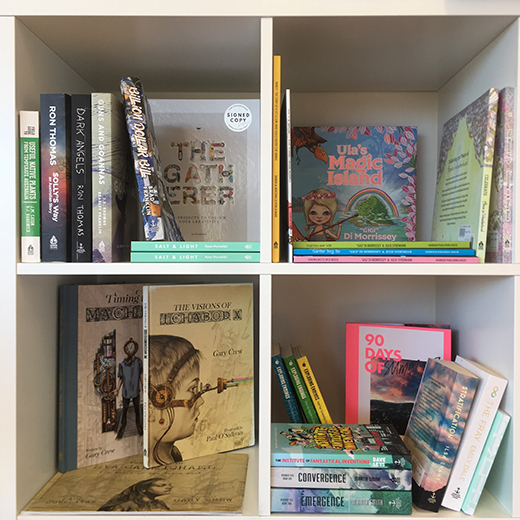