Classical compositions by USC’s new Artistic Director of Music Sean O’Boyle AM are to be performed internationally by renowned orchestras in coming months.

This concerto, which is a collaboration between didgeridoo player William Barton and Mr O’Boyle, recently ranked 32nd in ABC’s Classic 100 Concertos of all time, alongside works by Beethoven, Bach and Chopin.

“There’s orchestras all over the place who play a lot of my work, so I’m pretty lucky because I get good international exposure with that,” Mr O’Boyle said.

Local residents can also enjoy Mr O’Boyle’s piece Hello to the Orchestra at concerts by the Brisbane Symphony Orchestra at the Lake Kawana Community Centre on Sunday 4 March and in Brisbane on 11 March.

In his role as USC’s Artistic Director of Music Mr O’Boyle has designed eight subjects for the University’s first Music major, with classes starting this week.

“We want to prepare our music students for careers in life – not just jobs,” he said. “There will be music jobs in the future that haven’t even been invented yet, so we want our students to work towards creating lifelong career goals.”

Mr O’Boyle, who was awarded an Order of Australia in 2015 for his service to music, has collaborated with celebrated artists that include James Morrison, The Whitlams, Tommy Emmanuel, and Kate Ceberano.

Applications are still open to study at USC in 2018. 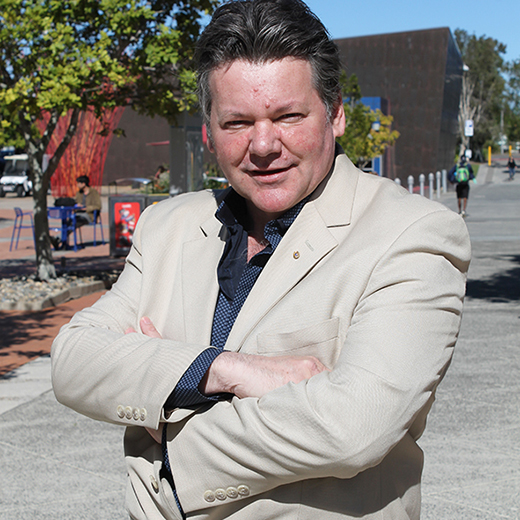