An innovative University of the Sunshine Coast project to simultaneously boost the Indigenous communities, forestry and mining industries, and environment of Cape York Peninsula has won a $600,000 Advance Queensland grant.

Mr Annandale said the aim was to identify commercial opportunities with the thousands of hectares of forest resources available on mining leases in Far North Queensland.

“Even wood-chipping could provide fibre to process into biofuel for electricity, using existing gasification technology,” he said.

“We aim to find out if it would be commercially viable to meet the electricity needs of the Indigenous communities with this biofuel, instead of expensive and inefficient diesel.”

USC recently started the research in collaboration with the University of Queensland, Wik Timber Holdings and Green Coast Resources.

Mr Annandale, who returns to USC’s Sippy Downs campus once a month from his on-the-ground work in Northern Australia, said the assistance of new project employee Gina Castelain was essential for liaison with local communities.

“Gina is a Wik Waya Traditional Owner from Aurukun and has been tirelessly working to develop Indigenous business for many years,” Mr Annandale said.

“She is working as a USC Research Fellow on the project to help build capacity within the Indigenous communities to generate livelihoods from their forest resources and maximise benefits from the resource sector.”

Ms Castelain said, “It’s an exciting opportunity to be involved in a research and development project that has some real potential to make a difference in support of Indigenous business and Indigenous employment.”

Another key member of the research team was USC Research Fellow Dr John Meadows, a forester with expertise in forest management, ecology and economics.

Mr Annandale said this latest project built on work he had been doing with the Queensland Government and as a consultant over the past 20 years.

He joined USC’s Tropical Forests and People Research Centre in 2015.

The centre brings together researchers interested in the interactions between people and tropical forests. It aims to generate sustainable livelihoods from forests by working on problems associated with reforestation and forest management in the tropics.

“It’s an excellent outcome made possible by Mark’s exceptional networks with both the mining industry and the Indigenous communities on Cape York Peninsula,” he said.

“The project will have a major impact on improving outcomes for Indigenous communities.” 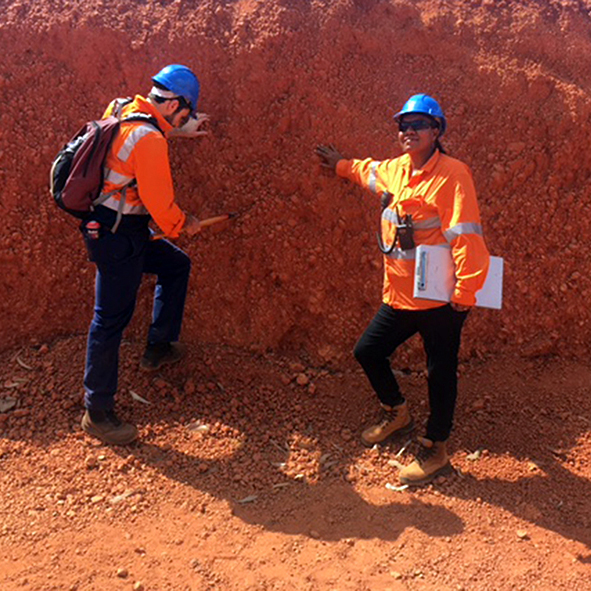 USC and Butchulla walking together on K’gari

USC and the Butchulla Aboriginal Corporation (BAC) have held a roundtable discussion recently to identify a shared pathway for working together on Butchulla Country – starting with K’gari (Fraser Island).