Habitat restoration projects around the world need to be placed more strategically to be successful, researchers from the University of the Sunshine Coast have found.

Marine ecologist Dr Ben Gilby led a study that found only about 12 per cent of global habitat restoration projects have been planned to ensure maximum benefits for animals, despite the millions of dollars being spent.

“Careful planning is the key to getting bang for buck from habitat restoration, but we found that only some projects are being planned properly,” said Dr Gilby.

“It makes sense that if you want to restore a habitat for a particular type of animal, you need to place the site nearby an existing habitat of that type so it is close enough for the animals to reach it, but this isn’t always happening.”

The research by Dr Gilby and USC collaborators Professor Thomas Schlacher, Dr Andrew Olds and Dr Christopher Henderson has been published in Bioscience.

In November last year, the team built 14 restoration oyster reefs in Noosa on the Sunshine Coast, strategically placing them close to mangroves and seagrass beds.

“With hundreds of kilometres of restoration mandated, we are getting pretty good at restoring our habitat but we still need to look more carefully at how we maximise their effectiveness.”

“We have already noticed a doubling of fish on these reefs relative to the controls. Even in the first couple of months we noticed an increase in bream, flathead and moses perch. We also found that fish like bream which like both seagrass and reefs were more abundant on the reefs that we nice and close to seagrass beds” Dr Gilby said.

“We know from previous studies throughout South East Queensland that the value of those reefs is all to do with how close they are to mangroves and seagrass beds. It’s a case of not too little that it’s not enough, and not so much that it overwhelms them.”

The research was supported by the Healthy Land and Water, Noosa Shire Council and the Noosa Biosphere Reserve Foundation.

The findings have been the basis for additional research about how to deliver the most effective habitat restoration across Queensland. This new project recently won Dr Gilby the Elsevier Award for best overall presentation at the Estuarine and Coastal Sciences Association conference in Perth.

The team has also been working with Healthy Land and Water on an oyster reef restoration project in Pumicestone Passage in Queensland’s Moreton Bay region, testing reefs made of various materials including oyster shells and potato starch.

Preliminary results have suggested a positive effect on fish numbers in Pumicestone Passage too, but Dr Gilby said it was still too early to draw strong conclusions. 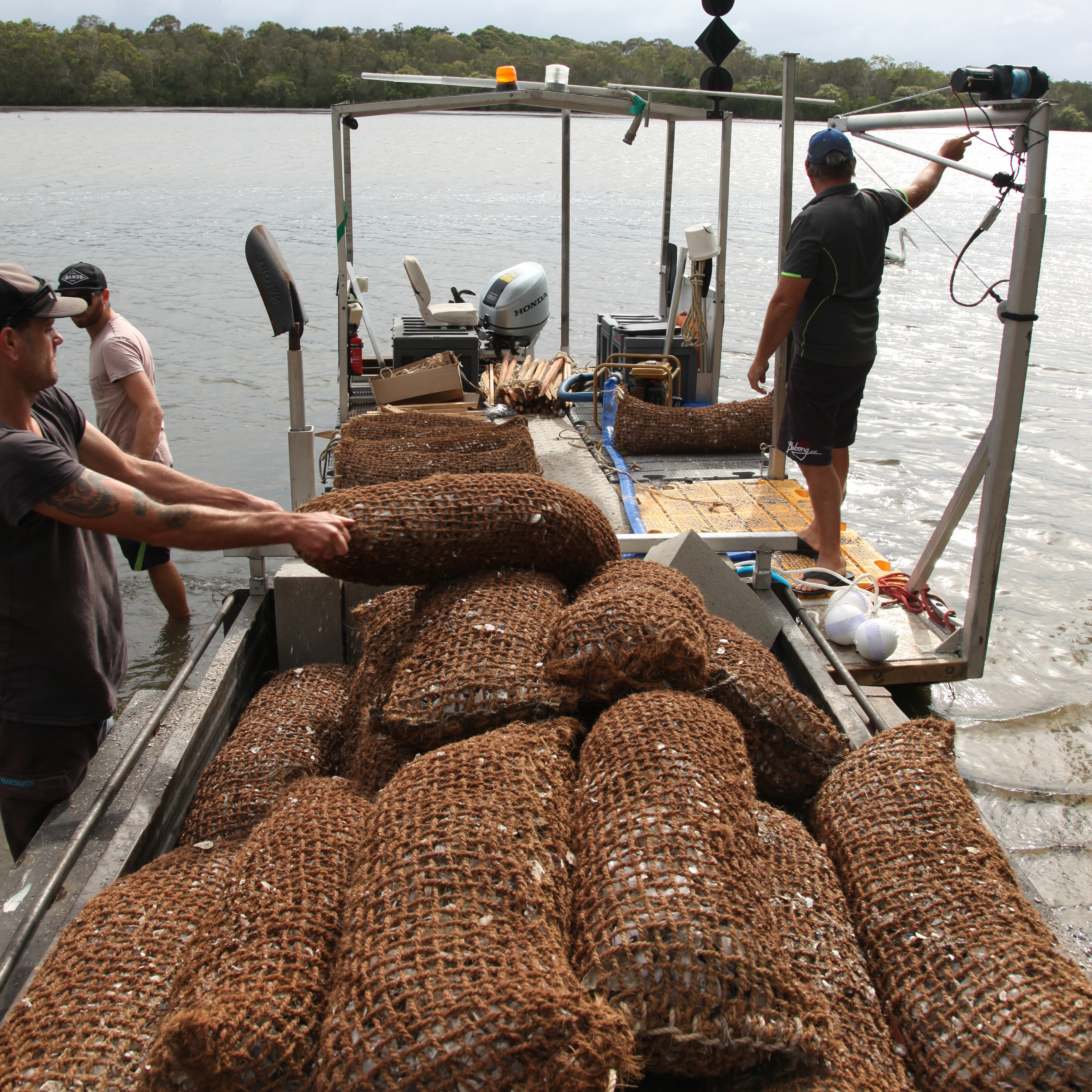