Social media has fostered lasting connections for Aboriginal and Torres Strait students who attended the University of the Sunshine Coast’s Buranga Camp.

Camp organiser Karyn Baker from USC Indigenous Services said the students had gotten on so well around the campfire, they formed an online group to stay in touch.

“They were so keen to keep the special connection they formed, they set up a social media group before they’d even left the camp just to make sure they could stay in touch,” Ms Baker said.

“Now they’re chatting daily and sharing their thoughts and experiences in a safe space.”

The students came from the area between Maryborough and Narangba.

At the camp, they identified their skills and personal strengths, met with student ambassadors, heard about high-performance sport from a student athlete, and learned a traditional Aboriginal dance.

They also faced adventure challenges including abseiling, canoeing, and making a ‘leap of faith’ from a 15m pole while their peers held the ropes.

In Mapleton they met with Gubbi Gubbi man Kerry Neill who shared traditional stories, guided the students in traditional art and a bush tucker walk.

Ms Baker said sitting around the campfire in the evenings proved a great bonding experience.

“The students embraced the opportunity to share some of their own stories of being an Indigenous teen in a safe and supportive environment, she said.

“It has built their confidence and sense of belonging. The students, who were shy at first, soon discovered that there are other young people just like them, facing the same challenges at school. The students explored their family’s origins and language groups.”

At the end of the camp, the students invited an audience to their final dance performance “Gari Gynda Narmi”, which for many was their first experience of traditional Aboriginal dance.

This was USC’s second camp in 2018 for Aboriginal and Torres Strait Islander students with Year 11 and 12 students attending a similar camp in Mudjimba in April. 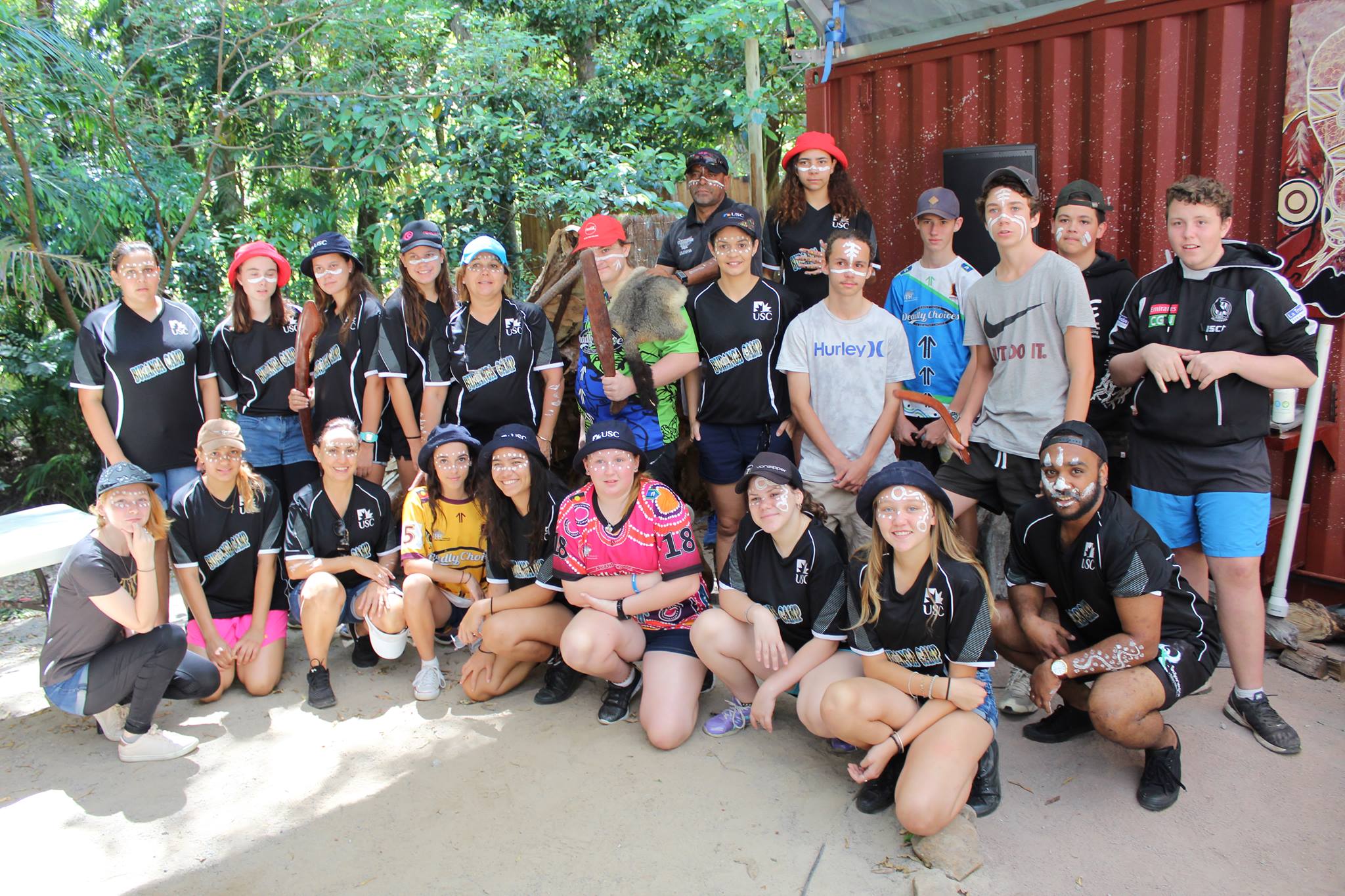