Lightning secured a hard-fought 62-59 victory over West Coast Fever before a capacity crowd of 13,700 spectators at the Perth Arena in a televised match that was viewed by millions across Australia.

After the fast-paced and physical encounter, in which the lead changed hands eight times, Lightning captain Geva Mentor praised the Fever players and her team mates, before paying tribute to the competition sponsors and Lightning’s sponsors.

“Also the University of the Sunshine Coast and Melbourne Storm (Lightning’s joint owners), we really appreciate all the support that you’ve given us throughout this,” she said.

Lightning was formed in late 2016, after Melbourne Storm and USC were successful bidders for one of three new clubs in a revamped national netball competition. It was today dubbed the most successful start-up sporting team of all time in Australia, after securing two grand final victories in as many years.

USC Vice-Chancellor Professor Greg Hill said the University and the local community were extremely proud of Lightning, which has Downer and Sunshine Coast Council as its principal partners.

“The Lightning players are fantastic ambassadors for sport and our university, and they highlight the importance of education to elite athletes,” he said. “This is a message they take out to the thousands of kids they inspire through their community interactions.

“As co-owners of the team, USC has created opportunities for our researchers to work closely with world-class athletes, and for our students to interact with them formally and informally as well.

“We are creating a very special environment for the athletes and our staff and students, and that’s helping us to build deeper relationships with our local communities.”

“Lightning players are also interacting with other elite athletes here, including members of the USC Spartans Swimming Club and the Australian Cycling Academy, and benefitting from our world-class facilities and scientific support. Many of these athletes are now USC students as well.”

Lightning will hold a community meet and mingle event at Buhk Park, Alexandra Headland, from 5-6pm on Wednesday 29 August. 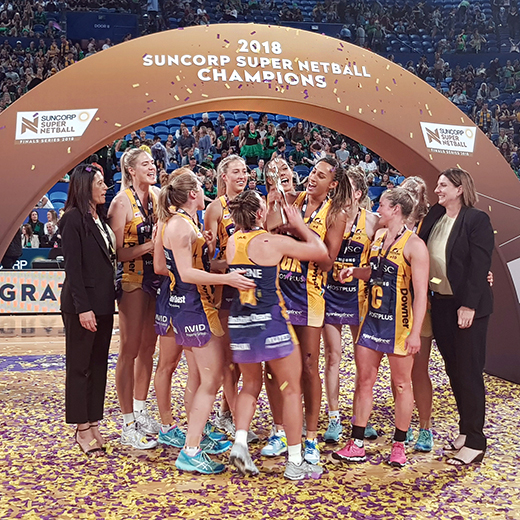