School is in for new USC Education graduates - University of the Sunshine Coast, Queensland, Australia

School is in for new USC Education graduates

They are the first students to complete USC’s Bachelor of Primary Education at its Fraser Coast campus and will officially graduate in September.

Rachel, a former high school youth worker and a case support officer for Australia Red Cross, said working with disengaged youth inspired her to pursue a career as a teacher.

“I realised that lack of education was one of the biggest barriers many of these young people faced, and by becoming a teacher I could help them to succeed in life,” the former Xavier College senior said.

“My previous work has given me an abundance of experience in rapport and relationship building – a vital aspect for any effective teacher,” she said.

The 26-year-old said she was enjoying getting to know the individual personalities in her Year Six class.

“I know this semester is going to be a really important time for my class, as we prepare for their transition into high school.”

Rachel began the degree at USC Sunshine Coast, before returning to Hervey Bay and completing her studies at the Fraser Coast campus, which USC began operating in 2016.

“I found the small class sizes at USC Fraser Coast to be fantastic and this in turn helped me to achieve good results throughout my degree,” she said.

“The highlight would definitely be the lecturers, particularly Dr Sharon Louth, Dr Trevor Black and Dr David Martin, for their continuous support and genuinely having the students’ best interests at heart.”

Julie Anne spent over 20 years working in the law industry and in private business before deciding on a mid-life career change.

She said assisting her own child learn with dyslexia fuelled a desire to help other young students realise their full potential. 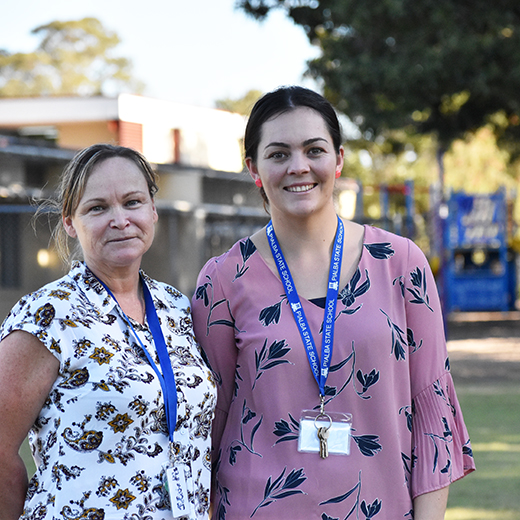