A USC graduate from Palmwoods who completed his degree with a near perfect GPA of 6.94 believes his study success has something to do with inheriting his mother’s work ethic.

Michael Cook, 23, recently graduated with a Bachelor of Arts majoring in journalism and screen media, and won a University Medal for academic excellence, the same medal his mother won in 2011 for her double degree in Arts and Education.

“She is a massive role model,” said Michael, of his mother Angelene Cook, a teacher at Chancellor State College.

“She is a tireless worker. At one point she was working two jobs while at uni and raising my sister and me.”

“I remember there was 10 seconds of footage that I spent five hours working on. I knew it was something really special and worth watching so I couldn’t let it go until I was happy with it. It was like that with all of my assignments,” he said.

Now that he has graduated, Michael has set his mind to a career perfecting amazing stories on screen, using his journalism, freelance videography and editing skills to ensure they are worth sharing online. In a few weeks he starts his job as a News Camera Operator and Studio Editor for WIN News Bundaberg.

“So many people have stories, and video is the perfect medium. It’s all about combining journalistic instinct with new media to tell stories in a way that a word or a picture just can’t,” he said.

“This is the age of curiosity. We are the most connected generation there has ever been.

“Storytelling absolutely has the power to drive change. I spoke to the Sunshine Coast (lesbian, gay, bisexual, trans, intersex and queer) LGBTI community and I got to look under the veil to tell the human story.

“The sense of community really impacted me and I’d never really encountered that kind of culture before and I was able to see things from their perspective.”

While studying at USC, Michael completed an internship at ABC Sunshine Coast and studied abroad at Virginia Tech, and is keen to travel more in future.

“The world has so much to offer and there are so many stories to tell,” he said.

Michael’s portfolio is online at http://mikejxmes.weebly.com/filmwork.html 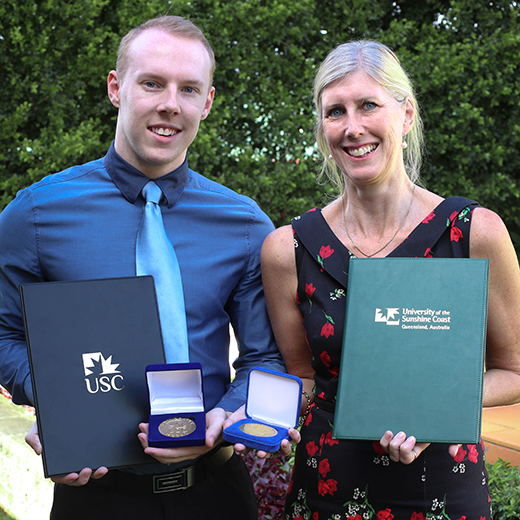