A team of researchers from the University of the Sunshine Coast is visiting Charleville this week to unearth information about a top-secret United States Air Force base that was considered the last line of defence for Australia against the Japanese in World War II.

Associate Professor in Tourism Brent Moyle is leading the team, which is working alongside Griffith University academics in a three-year project to create a virtual tour of the Charleville airfield circa 1942 when it became the terminal for heavy bomber aircraft from the USA.

“Many wartime remains are still visible at the airfield, including an aircraft hangar, the radio tower and a concrete shed that housed the top-secret Norden bombs fitted to the US aircraft, with debate continuing about whether other relics are buried at the site,” he said.

Among the researchers is Chris Little from Griffith University who is using non-invasive methods for 3D capture of historical artefacts that will be used to help develop interactive virtual experiences.

“This research presents an immense opportunity to open windows into the past, exposing greater knowledge around the sites themselves and sharing their hidden stories,” Dr Alexandra Bec, also from USC, said.

“Investing in this project offers the Charleville community and Murweh Shire Council enhanced commercial benefits for the region. Virtual tourism has been shown as a powerful tool to enhance visitor numbers.”

Dr Moyle said using augmented and virtual reality systems to “bring the sites back to life” had strong potential to boost tourism in Charleville.

The research project will have three stages over three years, starting with the collection of stories and memorabilia associated with the World War II site. It will be followed by design work for prototype virtual experiences, then an evaluation of the experiences developed. 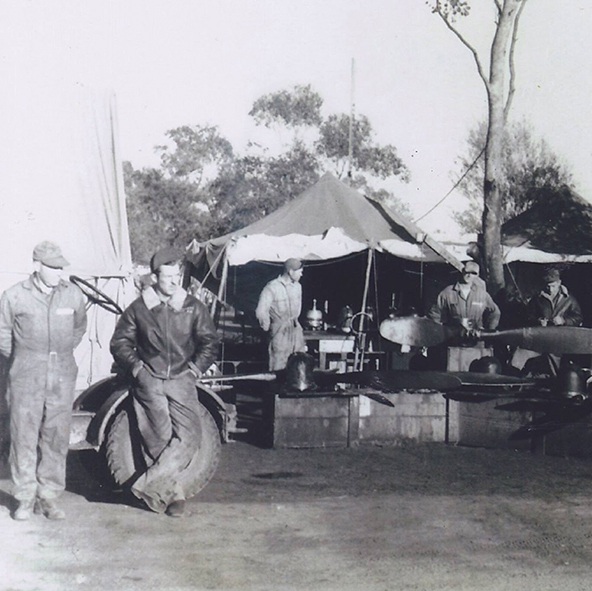