A Maroochydore couple who were named the 2017 Queensland Higher Education Philanthropists of the Year will soon become Honorary Doctors of the University of the Sunshine Coast.

Roy and Nola Thompson will be recognised for their ongoing support of the University and its students, and for assisting many local organisations like the Maroochy Beach Gymnastics Club, Hear and Say Centres, and the Sunshine Coast Helicopter Rescue Service (now called LifeFlight).

They will be presented with their honorary doctorates at a USC graduation ceremony starting at noon on Friday 13 April at the Matthew Flinders College Performance Centre.

Mr Thompson, who in January received a Companion of the Order of Australia for outstanding achievement and service, said he and his wife were honoured to be receiving the USC awards.

He said their support for the University as scholarship and bursary donors stemmed from their desire to make a significant difference for young people across the region.

“I think USC is very important to the future of the Coast, as it’s giving kids an opportunity to go to university when they mightn’t have had that otherwise,” he said.

“A lot of people don’t have enough money to go to university, so these bursaries and scholarships are great things.”

USC Vice-Chancellor Professor Greg Hill said USC was extremely grateful for the significant financial contributions Mr and Mrs Thompson have made to the University over many years.

“Their strong personal belief in the power of education has been instrumental in USC’s progress, and is evident in their support of our students through scholarships and bursaries,” Professor Hill said.

He said while Mr and Mrs Thompson had been instrumental in USC’s growth and expansion, they had also been drivers of major changes to the provision of services across many community sectors.

“Without their generosity, the Sunshine Coast Mind and Neuroscience Thompson Institute would not exist,” Professor Hill said.

“This new world-class facility is making a real difference to mental health research and treatment on the Sunshine Coast, and will be a key element in USC’s quest to become a research-intensive university.” 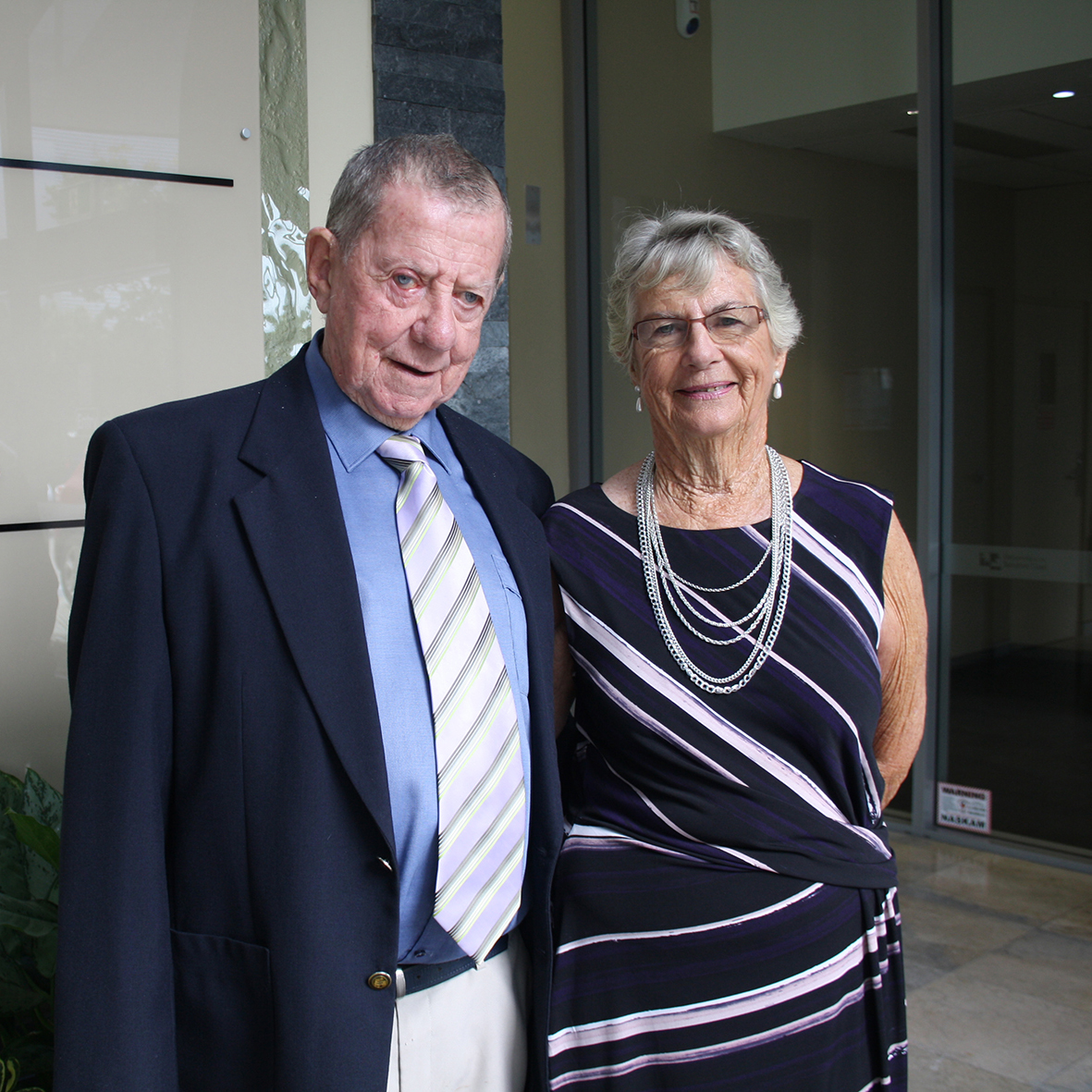