A Vanuatu Government trade official has taken his USC Master of Arts food security research straight to the decision-makers of the South Pacific island nation.

Jimmy Rantes, 41, who is Vanuatu’s Director of Trade, recently discussed his preliminary findings with Minister of Agriculture Matai Seremaiah at a public and industry event at Southwest Bay on Malekula Island.

Mr Rantes, who conducted fieldwork on the diversity of crops grown in three Vanuatu communities, was pleased to hear the Minister’s speech then outline the implications of the research.

“My fieldwork identified an emphasis on growing kava as a cash crop, rather than growing traditional root crops such as yams and taro,” Mr Rantes said.

“This is resulting in the increased dependence of rural people on eating cheaper, imported rice, bought with cash earned from kava sales.”

USC Professor of Geography Patrick Nunn, who is supervising Mr Rantes’ degree, said the findings were significant for that nation’s future food security.

“It illustrates the importance of rural communities not focusing on cash crops to the exclusion of subsistence crops,” Professor Nunn said.

The issue was also raised at a meeting of agriculture ministers from several Pacific Island countries held in Port Vila in October.

Mr Rantes, who has moved to Parrearra while studying his MA at USC, will return to his government role on completion of his degree next year. 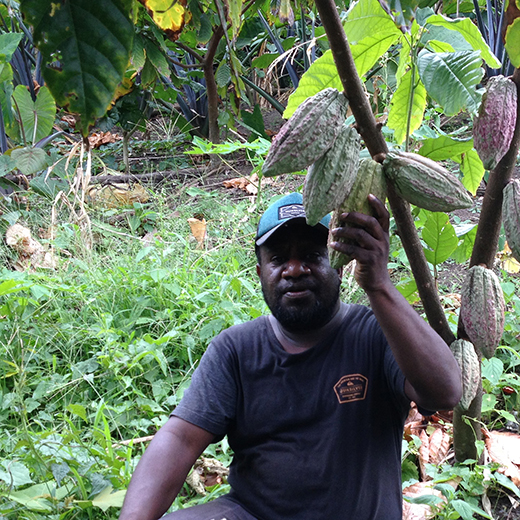