A high-achieving USC Social Science student with a passion for human rights will receive a prestigious Chancellor’s Medal when she graduates tomorrow (Thursday 6 April).

Buderim’s Kathryn Allan, who is now helping to advance projects with USC International Development, will be presented with the medal for her tireless advocacy for social justice throughout her Bachelor of Social Science (Honours) studies.

Kathryn, 25, achieved a grade point average of 6.58 out of a possible 7, acted as president of Amnesty International USC, was vice-president of USC’s International Relations Society and advocated for causes such as Indigenous, refugee and LGBTQI+ (lesbian, gay, bisexual, transgender, questioning and intersex) rights.

“I feel extremely honoured to be receiving the Chancellor’s Medal as I know there are a lot of incredible graduating students this year,” she said. “It means so much to be recognised for all of my hard work.

“I think having such a strong passion and drive to change something was my ultimate motivation while at uni. USC enabled me to follow my dreams further than I ever imagined I could go.”

In 2016, Kathryn received the inaugural iDcare Honours Scholarship for her thesis on mitigating child trafficking in disaster response environments with the not-for-profit organisation.

Kathryn said her current role with USC International Development enabled her to work towards the enhancement of welfare and social justice every day.

“I interned at the office during my honours year, and was lucky enough to gain employment upon the completion of my thesis,” she said.

“We work closely with the University and the Innovation Centre to create change by using local talent to solve some of the world's most complex problems. It is incredibly rewarding work and such a dynamic workplace.” 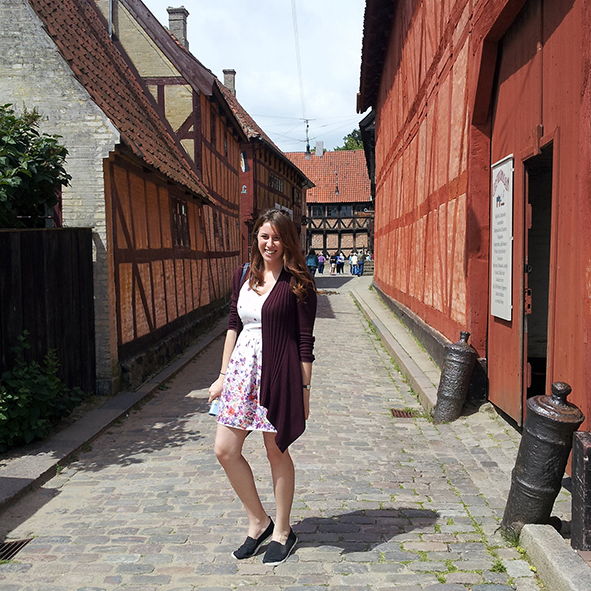