It was a fictitious legal battle billed as David versus Goliath – an instant noodle entrepreneur trying to negotiate a favourable commercial deal with a global food distributor known for aggressive tactics and big resources.

And the battle was won by two aspiring lawyers from the University of the Sunshine Coast – David Knobel and Callum Lee, who represented the fictitious entrepreneur in the final scenario of an international law competition held this month in New Delhi, India.

“We beat 28 teams from India, Australia, the United Kingdom, New Zealand, Germany, South Africa and Pakistan – including the Australian National University in the final,” said David, 31, of Maleny.

“The ANU team represented the multinational distributor and had us on the back foot early, but we knew the strength of our client’s brand in the open market and managed to get an agreement most favourable to them.”

Callum, 21, of Gympie, said it was exciting and challenging to progress through two rounds and the semis to reach the final.

David, who co-chairs the USC Student Representative Council, said funding from USC’s Faculty of Arts, Business and Law had enabled the team to travel to the invite-only event.

“We had the opportunity to meet students from different countries and enjoyed generous hospitality and true cultural immersion staying on campus at NLU-Delhi,” he said.

“Winning was an incredible achievement. The judges praised our negotiation strategy, style and commercial acumen.” 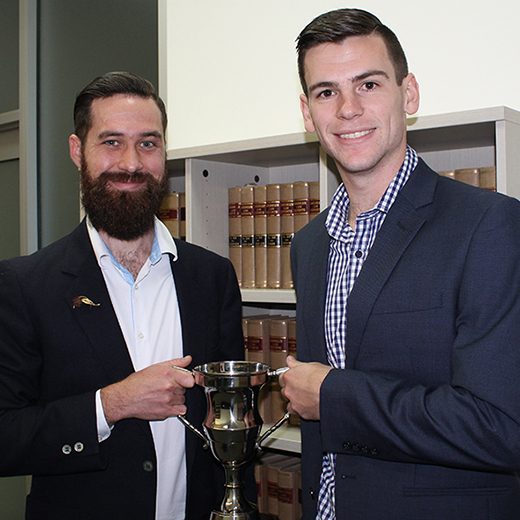