The University of the Sunshine Coast has received a $100,000 donation from a conservation organisation to fund research into minimising the impact of vehicle traffic on the fragile natural environment of Fraser Island.

“There’s been concern for many years about the effects of traffic on the island,” he said. “Four-wheel drives and tour buses cause masses of sand to be dislodged, and there are parts of the island where the road surface is now many metres below where it was.

“There’s a potential that visitors could be loving the place to death. We want to sensibly examine current practices around access to the island, the road system, and the impacts that vehicles could be having.

“Ultimately, this research will benefit the island’s incredible environment and also enable the tourist industry on the island to be sustainable.”

FIDO’s benefactor Barbara Winkley was originally from New South Wales, but worked and travelled extensively around Australia, Asia and in her adopted home of Alaska, where she studied a degree in Natural Resource Management.

Ms Winkley died in 2013 and left her $1.5 million estate to be shared between three conservation organisations to continue her passion for wilderness preservation: the Australian Conservation Foundation, the Colong Foundation for Wilderness, and FIDO.

“We’ve invested this money in the University of the Sunshine Coast to provide some sustainable solutions to what is a very serious and urgent problem on Fraser Island,” he said.

“FIDO has been collaborating with USC for some time, so it was a logical place to fund a scholarship, and we’re confident it will go a long way to preserving Barbara’s legacy.”

The scholarship recipient will be named in December this year, with the project to begin in early 2017. 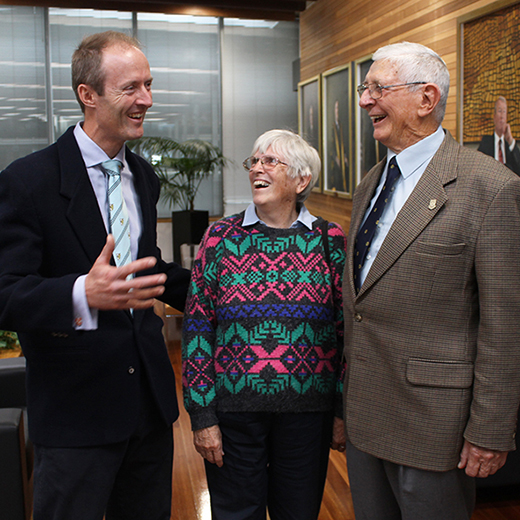