450 students to graduate in last ceremonies of 2016 - University of the Sunshine Coast, Queensland, Australia

450 students to graduate in last ceremonies of 2016

About 1,900 people are expected to join the excitement of the University of the Sunshine Coast’s final Graduation Ceremonies of 2016, to be held on Thursday 29 September.

The family and friends of about 450 graduands will celebrate alongside local business people, community representatives and supporters and partners of USC, which is this year marking its milestone 20-year anniversary.

Four USC ceremonies will be held in a row at the Flinders Performance Centre at nearby Matthew Flinders Anglican College in Stringybark Road, Buderim.

Renovations to USC’s Sports Stadium have prompted the temporary move off campus for the graduation ceremonies on 29 September.

USC holds a series of graduation ceremonies twice a year to enable its graduands to be recognised for their hard work and success as they officially receive their degree certificates.

An honorary senior fellowship will go to wildlife photographer Gerard Mills for his contribution to the natural environment.

An honorary doctorate will be awarded to Bornean Sun Bear Conservation Centre founder Wong Siew Te for his contribution to wildlife conservation and environmental education.

Former USC Pro Vice-Chancellor (Engagement) and Professor of Property and Development Mike Hefferan will become an Emeritus Professor in recognition of his contributions to the University.

The events will be video-streamed live on the USC website at www.usc.edu.au/graduation. 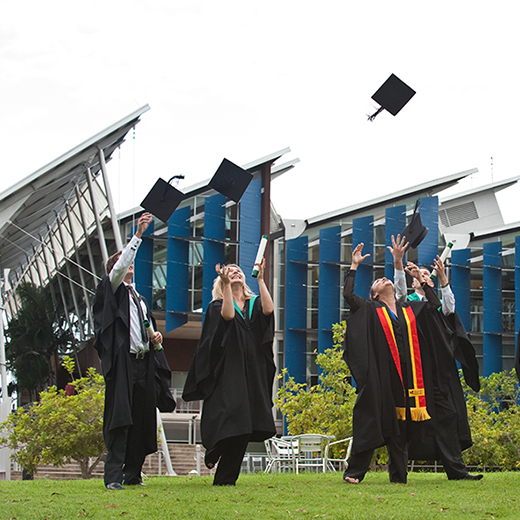