Research to help the transition to NDIS - University of the Sunshine Coast, Queensland, Australia

Transitioning to the National Disability Insurance Scheme (NDIS) by 2019 will require a huge shift in mindset for people with a disability and the wider community, says a University of the Sunshine Coast researcher.

Master of Arts student Valmae Rose, who previously worked as the manager of National Disability Services Queensland, is investigating how the community can adjust the way it views individuals with a disability – from seeing them as vulnerable to understanding that they have the power to shape their own futures with the NDIS.

The research project will include a series of workshops with NDIS stakeholders and the findings will be used to help prepare both individuals and service providers prepare for the NDIS implementation.

Ms Rose said her 30 years’ work in the disability sector had made her aware that that, until recently, public discussion around disability had been “deficit-based” – focussed on what people with a disability were unable to do.

“Up until this point, we have emphasised the disadvantage and vulnerability associated with having a disability, but the NDIS assumes people are ready and willing to imagine and make plans for their future,” she said.

“As a result, there is a tension between the new assumption of power and control and the previous deficit-based mindset.

“I think it’s possible that people can experience vulnerability and still powerfully shape their own lives, but we need to have a much better understanding of the relationship between those two ideas.”

The workshops will involve about 60 individuals with a disability, family members and social service providers being taken through a reflective exercise known as causal layered analysis, in which participants analyse and then reconstruct their perception of reality.

She said she hoped the four-stage process, developed by futurist and USC adjunct academic Sohail Inayatullah, could eventually be used on a broader scale as a tool to help people prepare for their future under the NDIS.

“We want people to have big dreams and I think it will help if they have the opportunity to unpack their current reality – their past and present – to help shape something that’s new, fresh and full of possibilities,” she said.

“It’s a chance to try a process where the participants themselves do the interpretation, not an academic or a third party, and then make use of that improved understanding.

“The NDIS is moving into full transition mode and by 2019 it will be fully operational, so now is the perfect time for informed debate and investment in helping people prepare for the change.” 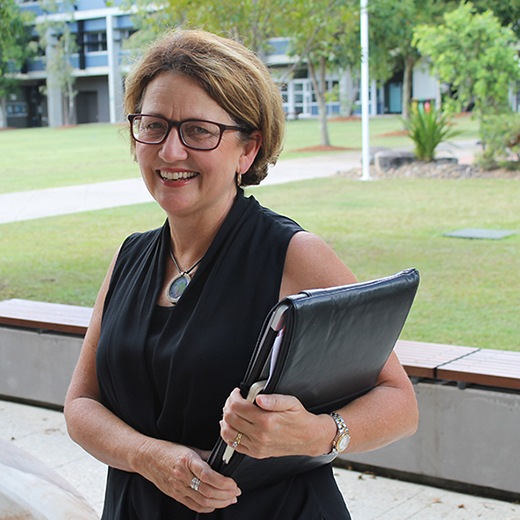 Road safety researchers at USC Australia are keen to find out how driver behaviours changed during a temporary suspension of static roadside random breath testing (RBT) by the Queensland Police Service during the COVID-19 lockdown.

Anyone who has swum past a stingray or spotted a shark at Lady Elliot Island can contribute to scientific research aimed at protecting critical habitats in the Great Barrier Reef.