Interacting with the dead via Facebook: USC study - University of the Sunshine Coast, Queensland, Australia

University of the Sunshine Coast Psychology research has lifted the lid on modern mourning, finding higher levels of anxiety and stress among people who interact online with the deceased via Facebook profiles.

“My findings suggest that a continued online bond with the deceased via Facebook is associated with higher anxiety and stress,” she said.

The research found that 48.6 percent of Facebook profiles of deceased users were left unchanged after the user’s death, while 16.5 percent were managed by friends or family.

Ms Blower said engaging with an unchanged profile could lead to a sense of “cyber immortality” for the loved ones left behind, restricting their ability to adjust to the physical absence of the deceased.

Managed profiles were shown to be particularly negative for the bereaved, especially if the friends or family who took over the account posted messages as though they were the deceased person.

Facebook last year changed its policy on what happens to the profiles of deceased users. Instead of deactivating accounts, it allows pages to be memorialised as tributes.

However, USC research indicated these options were only actioned in 10.3 percent of cases.

Almost 71 percent of the USC study participants reported expressing their grief on Facebook in one of the following ways:

People also were increasingly drawn to the pages of deceased strangers, termed by some as “emotional rubbernecking”.

Overall, Ms Blower found that Facebook users who interacted with a deceased person’s profile, rather than simply viewing it, demonstrated significantly higher levels of stress.

USC Senior Lecturer in Psychology Dr Rachael Sharman, who supervised the project, said the results pointed to a variety of reasons for people’s anxiety and stress.

“It could be that people having difficulty coming to terms with the death of a loved one are more likely to engage with that person’s Facebook profile as though they’re still alive, or take over that person’s profile and post messages as the deceased person,” she said.

“Or it could be that such behaviour is a maladaptive form of coping that increases anxiety and stress. This study has left us with a chicken-and-egg problem.” 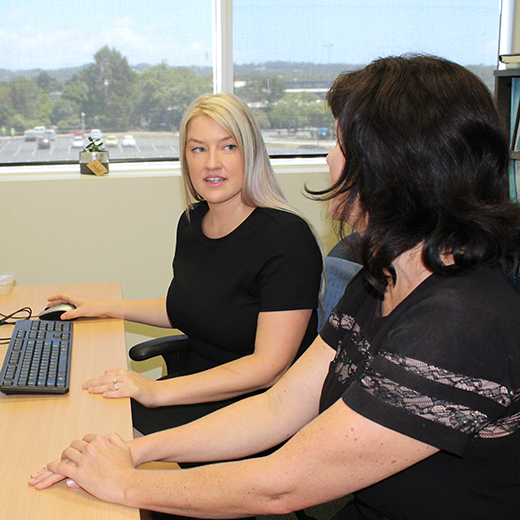