Champions into Sports Hall of Fame - University of the Sunshine Coast, Queensland, Australia

Champions into Sports Hall of Fame

Rogerson was selected in the Queensland Under 20s women's team in 1999 for the State of Origin Series, which Queensland won.

This was the start of her stellar State representation which continued through to 2015, with Rogerson captaining the Queensland Open Women's Touch team from 2006 to 2014.

She became the first Sunshine Coast female player to make an Australian Open Women's Touch team when she was selected to compete at the All Nations Championship in 2005.

Her Australian representation went on to include three World Cup Championships, including two as vice-captain.

Pike began playing cricket for the Sunshine Coast Scorchers 15 years ago when she was just 16.

Her career as a bowler included playing 86 Women's National Cricket League matches and 50 Twenty20 matches for Queensland with one Test, 26 One Day Internationals and 10 Twenty20 games for Australia.

Pike became the first female bowler to take 100 wickets for Queensland in the women's national league series and remains Queensland’s highest wicket taker of all time. 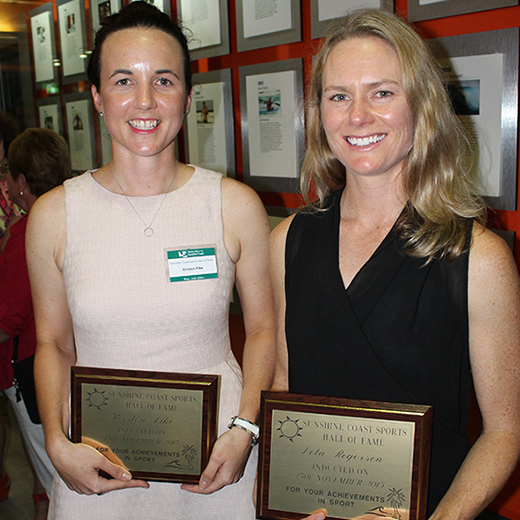